Limericks have a sound, a shape and a purpose that we all recognise:

There was an Old Man of the Cape,
Who lived with a Barbary Ape,
In a crumbling house,
With a musical mouse,
And a spider that couldn’t escape. 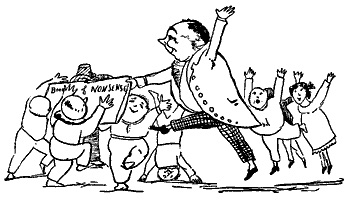 The man who made these five-line verses really popular didn't write them properly himself.

His name was Edward Lear. In 1846 he published A Book of Nonsense which, after 1863, contained 112 verses of his own devising. Each of those verses was almost, but not quite, a limerick.

Limericks didn't have a name then, and Lear certainly didn't invent them, but he made them wildly popular among Victorian readers and writers alike.

They acquired a name somewhere along the way, and limericks have been with us ever since.

The Limericks That Never Were

Limericks and the Fifth Line

The crucial part of a limerick is its ending - the fifth line - which adds a twist to the story established in the first four lines, and makes us chuckle.

Having established a premise that was knowingly and joyfully absurd, Lear simply repeated, at the end of his verse, the rhyme and substance of what he'd said at the start.

Not content with butchering the fifth line, he removed it symbolically as well. By merging the two short lines into one, he reduced each verse to a total of four lines.

What he wrote, in the parlance of some who came after, were Learics.

It's a huge disappointment to reach the end of a Learic and find that the author had nothing to add beyond his initial, delightful absurdity. Lear's verses in A Book of Nonsense are tantalisingly close to being limericks, but they fall at the final hurdle.

Without a fifth line to wrap them up and make sense (or nonsense) of the story, they are not limericks.

The Fifth Line: Limericks After Lear

A Book of Nonsense, by Edward Lear, contained 112 wonderful beginnings whose potential, to modern readers, is almost never realised (and only seven were proper limericks). Today they stand as quaint relics ... lame ducks that gave wings to those who came after. But they should fly.

And making them fly is the business of a new book called The Fifth Line: Limericks After Lear, by John Arthur Nichol. 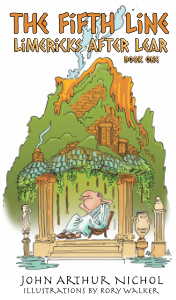 The Fifth Line, Book One, contains one hundred and twelve brand new limericks - proper limericks - based on Edward Lear's verses in A Book of Nonsense (1846 and 1863).

Revisiting every Learic in that ground-breaking work, The Fifth Line brings to each the proper form and function of a limerick. It's a challenging task, given the rhymes Lear chose, and the final results stray far and frequently from the original; but some giggles, I hope, are embedded.

They're all here, from An Old Man With a Nose to A Young Lady Whose Bonnet, and everything in between; and they appear in the same order as the originals.

So if you've ever longed for the Old Man of Cape Horn to cheer up, or wanted to rescue the Person of Cromer from his sudden and unexplained conclusion, or to silence that annoying Old Man with a Bell, this is the place to come, and this is the book to read.

The Fifth Line: Limericks After Lear.

The chuckles are included.

You can read some of the Fifth Line limericks here.

The Next Hundred Lears:
Limericks After Lear

The Next Hundred Lears, Book Two in Limericks After Lear, brings back to life a forgotten chapter in the history of nonsense verse and limericks - the last one hundred limericks composed by Edward Lear.

In 1872, when they were published, they couldn't hope to approach the success and acclaim that Lear had achieved with A Book of Nonsense. And they never got close.

Lear had remained faithful to his earlier style, but the reading public had grown beyond it. His new limericks sank from view.

Now they're back from the dead ... with attitude! Lear's originals complete, plus one hundred new limericks crafted to make you smile. 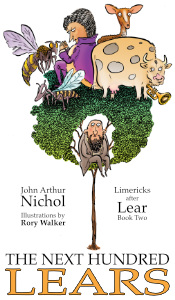